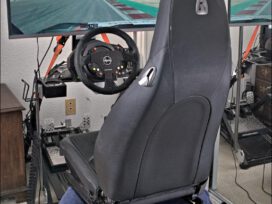 Well, since the Steam summer sale is still going on I‘d thought I bring you some other great ways of saving money on games and check out whether the steam deals are good, or if they can be improved upon. Well that was the intention at least, until I noticed that to give you a base idea on how to get Project Cars 2 cheaply and which is the best version needed about 3-4 pages. 😉

Same as the last time the key-reseller prices are for Germany and the EU region only, unless otherwise indicated and are in Euros. Since I’m German, I also use commas instead of dots to denote a fraction. So 10,99 is the same as 10.99 it’s not ten thousand nine hundred ninety.

There is a thing to keep in mind though, the Keys sold by a retailer are usually treated as retail keys and are excluded from the refund program, so use those only for games that you want to buy. If you are unsure, it might be worthwhile for you to take the slight hit in price for the ability to refund it, in the first two hours at least.

Well, Project Cars does contain about 182-205 Cars (the sources disagree) and 46 Circuits in between 1-5 Variations per circuit.

Available are the standard Edition:

That will give you the base game without any of the DLC.

If you just want that Instant Gaming wins by about 2 Euros.

However I do recommend that you get the Deluxe Edition, as that also contains the Season Pass, which gives you all DLC. Including those in the Japanese Bonus Car Pack.

If you are new to the franchise, this is the version I’d recommend you get, as it will give you everything in-game, at a discount. Especially since the version normally costs 90 Euros outside the sales on steam. It is usually cheaper on Instant Gaming and other key-resellers though.

Buying the game+the Season Pass on sale would cost:

If you already own the game, but don’t have any of the DLC you can buy the aforementioned Season Pass stand-alone, which costs

Instant Gaming wins here as it’s roughly half the price of Steam, although both are good value for money.

You can technically buy the major DLCs one by one, but I don’t recommend that, due the decision to grant an exclusive DLC to the Season Pass owners. IMHO that was a bit of a dick-move, especially as it contains some very interesting and rare cars. Namely the Audi A8 DTM from 1992, the Panoz Esperante GTR-1, the Jaguar E Type V12 Group 44 and the Opel Astra TCR.

For me the Cars that I would want to miss in that are the Panoz Esperante and the Audi A8 DTM, both are unusual and the Audi A8 is one the few Touring Cars with all wheel drive, from the time before that was banned. It’s a very strong and competitive Car, able to take the fight to Godzilla.

Locking those cars behind the Season Pass, making others unable to purchase it, unlike the limited Edition of Pcars 1, is more than a bit shitty. Making the Japanese Car Pack independent from the Season pass and making that a Deluxe Edition/Pre-order Bonus is already not good, but at least that is for sale independently.

DLCS from Best bang for the buck to least

If you still want to only buy the best Addons, then honestly you’d only need the Spirit of Le Mans DLC, as that adds the historic 1970 Le Mans Track, with Maison Blanche, the full 2016 LMP1-H Class, the Porsche 917 Langheck (Longtail), the Ferrari 512M and 512S, as well as the Porsche 928 GTP and Porsche 961 (the predecessor to the famous 962.) It is the best and most feature rich DLC that spans the most manufacturers.

The other Packs are good, but only If you like cars from certain manufacturers for the most part, they usually contain some bucket list cars, but also some that are interesting but not too important.

The sounds are not as good as in the Le Mans pack, and while it is a good pack that fleshes out the Car Classes, if you don’t want to drive Porsche’s, it might not be for you.

Also while the track is a good place to develop driving skills or test the FFB, it is not a place made for racing.

Well if you like Ferrari’s especially classic ones like the 250 this pack is for you, if you don’t like Ferraris….well this might be not worth your time. Although Mugello is a nice track to race on, but justifying buying a full DLC for one track is questionable. Also you can only Take Ferraris to Fiorano……probably due to licensing.

Then there’s the Fun Pack, which is the one I use the most rarely, as I’m not the biggest Rallycross fan, and neither am I good at drifting. 😉 This one contains two World Rallycross Championship Cars, the Audi S1 EKS RX Quattro of Matthias Ekström, the DS3 RX Supercar, a Ford Bronco “Brocky” Offroad, a Mustang RTR Spec -5D Drift Car, a 1966 Ford Mustang RTR Trans AM as well as 3 Group B Rallycross cars, Ford Cosworth RS 2000 Evolution, the Renault R5 Maxi Turbo and the Audi Quattro Sport S1. Also part of the pack are the Classic Brands Hatch Rallycross and the Circuit de Catalunya (Barcelona) Rallycross.

This pack is for you if you either like drifting or Rallycross, if not, it’s something you could give a miss. The Cars aren’t bad and don’t drive bad IMHO, but the Audi Quattro does not sound as good as in Dirt Rally, which is a shame. It lacks the bass oomph of that one.

Last and Least, the Japanese Cars Bonus Pack, which is either part of the deluxe edition or can be bought separately.

Well that’s a weird one, it is the cheapest, but also has the least amount of content, and it has one or two halo cars that might want you to buy it, 3 if you really like the third car and one interesting, eccentric concept.

So what are the Halo Cars?

Well, there is Godzilla………yeah that Group A R32 Skyline GTR that dominated everything in Australia and Nippon in the early 90s.

And the second one is the 280ZX GTX, which might be really interesting for you, if you like the 80’s IMSA GTO series. It is the car that helped Paul Newman win in SCCA and an interesting difference to the 300ZX that is part of the base game.

The third, well, that depends on whether you like the 2016 Honda Civic Type R Road Car.

The fourth, well that is the 2&4 Concept Car, a really interesting concept, but not something you usually race. 😉

Well, if it’s on sale and you need to have Godzilla, or the 280ZX, then get it, if you don’t want those cars specifically, there is no real reason to get it. The Civic is nice, but it’s Road Car Class is rather well appointed and the 2&4 is just novelty.

All DLCs currently cost on 50% discount

Even if you want to add the Japanese Cars Bonus Pack to the Season Pass, you still save 4,97 to 11,98 than buying all the DLC piecemeal on sales. If you already have the game that is.